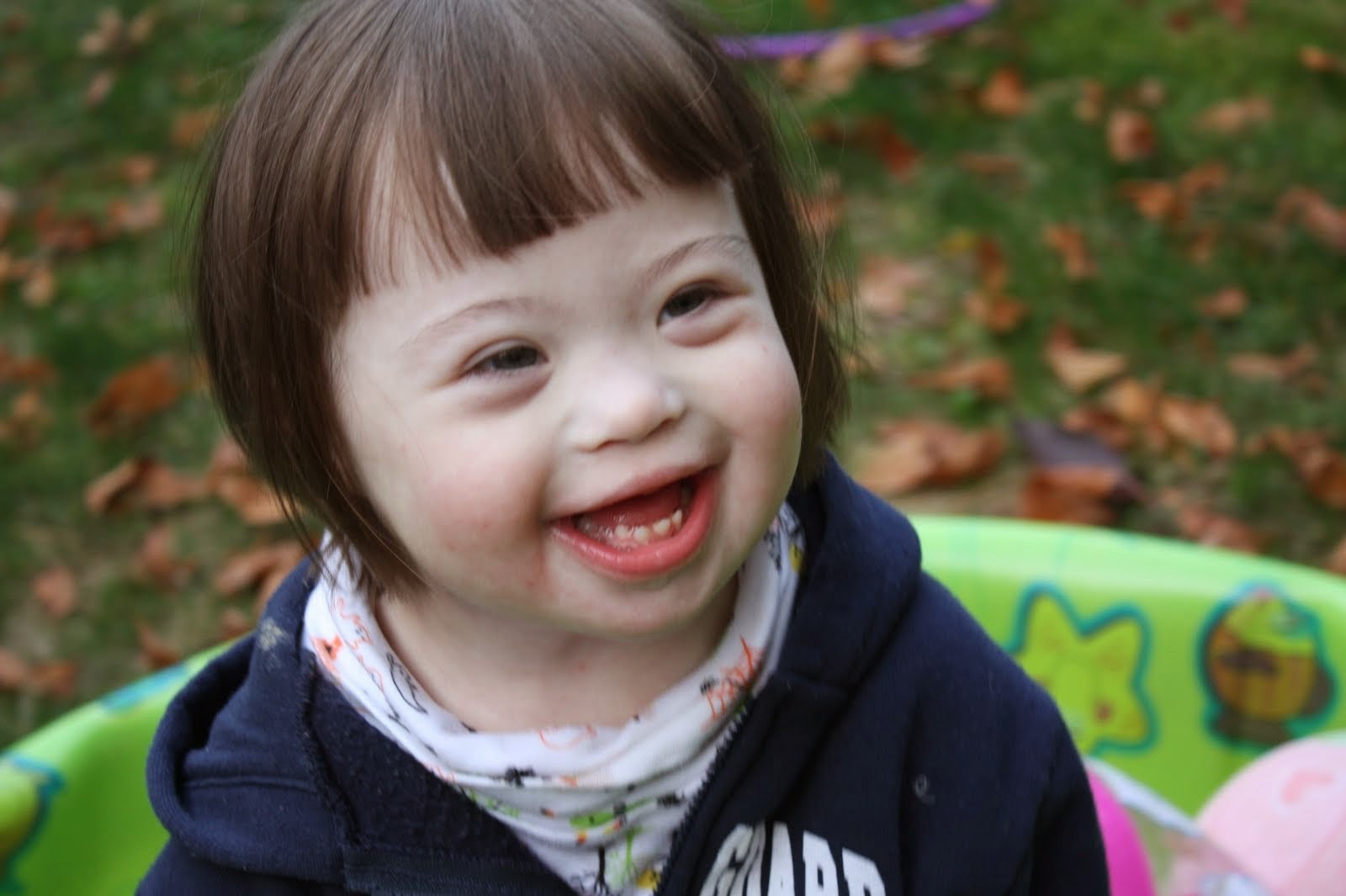 Well apparently, I haven't posted in over a year. So sorry to keep all my faithful readers on pins & needles ;)

I'm inspired to write today because it's the start of Down Syndrome Awareness Month. I wanted to share about a new friend that our three-year old daughter Julia has made.

We moved out of state a few months ago. In our new home, we live next door to an elderly couple. The wife has advanced Alzheimer's disease, is bedridden, and is largely uncommunicative. Most children (and probably many adults) would find her a little scary. But not Julia. Julia refers to this family by their last name, and it's gotten so that she'll ask for them as soon as we go outside. She'll shimmy out of my arms and scurry across their yard, climb up their front steps and knock on their front door. When the husband opens the door and sees her, his face lights up, and Julia goes right into the house without a second thought. When we visit, Julia walks up to the wife and says "kiss?" Then she'll lean down to the woman and give her half a dozen kisses.

Just yesterday, we were visiting and Julia picked up a book and left the room. After a minute or two, I thought it wise to check on her. She had gone by herself to the woman's bedside. The woman was sleeping but Julia just stood by her side, quietly chatting in her own made up language.

Several of the couple's adult children were visiting from out of town recently. They stated what a difference Julia has made in their parents' life. Earlier this summer, their father had been dealing with anger and depression in the face of his wife's illness. His children were very concerned but they've seen a positive change in him in recent weeks. Now their father shares happily about his interactions with Julia and it's evident that she has brought him great joy. He's even remarked to me that he wishes more people were like her: no guile, no pretense, just love. When she visits, she showers him with kisses or just leans her head against his belly. She knows where she is needed. She is a fountain of grace.